Over the last few months Mike and a few friends spent some time in the studio.  The idea behind the Three Days EP was to create something live, genuine and different from the studio release due out next year.  So Mike recorded 4 songs, 3 of which are on the upcoming full length record and one cover, all of them a shade different from their original versions.  What made this session so unique was that there was only one microphone used!  The musicians gathered around and mixed the song by proximity to the mic.  The result is a warm and authentic collection of songs that sounds like you are standing in the room with them.  As if that wasn't cool enough ... the entire thing was recorded and each song will have its own video release.  This is just the beginning of what will be a great 2017! 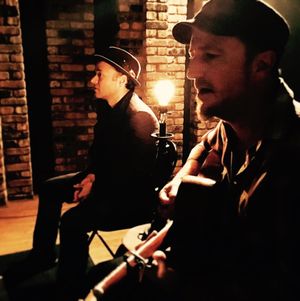